An international Sonic Alchemist based in New York City and Hawaii. Michelle Pirret’s work has been called “Hypnotizing” and “Transformational” by those having received her unique offerings.

Utilizing her four-octave vocal range with vibratory instruments such as Alchemy crystal singing bowls, gongs, and indigenous hand percussion, she creates a magnetic blend of elemental sound and cosmic harmony that is a uniquely profound auditory journey to be experienced.

With extensive travel to over thirty-five countries, Michelle’s musical influences are reflective of many cultures and experiences. She has presented internationally in solo concerts and Sound Meditation facilitations in Egypt, the West Indies, Switzerland, Italy, Poland and The Czech Republic. Stateside, she has captivated audiences and participants with her signature SONIC LEAP® sound journeys in New York, Hawaii, California, New Mexico and Arizona.

Michelle is a trailblazer in the world of luxury wellness resorts, introducing modalities and crafting unique spa offerings that did not previously exist. She is credited with being the first Sound Practitioner at Sensei Lana’i, a Four Seasons Resort on Hawaii’s most exclusive island. Founded by tech mogul Larry Ellison and Dr. David Agus, this wellbeing retreat is a collaboration led by science, backed by evidence-based practices and supported by innovative technology. Michelle’s contribution was creating, implementing and facilitating Sound Therapy as a service in private and group settings.

In New York City, Michelle is the first Sound Therapist as part of the Resident Healers team at The Four Seasons New York Downtown. Within the critically acclaimed spa sanctuary, this select team was created to showcase the coveted modalities and talent of a diverse group of leading women in the world of bespoke luxury wellness.

Michelle also has the distinct honor of being Artist-in-Residence at multiple five-star luxury destinations including the award winning Halekulani on the beach in Waikiki, Hawaii and The Palms Resort and Spa in Turks and Caicos, British West Indies facilitating her SONIC LEAP® method and performing solo concerts.

Michelle’s work has been presented in association with numerous non-profit organizations including New York Zen Center for Contemplative Care; The Garrison Institute; The Art of Dying Institute at The New York Open Center; Reimagine NYC; and Project Liberation. She shares a fondness in donating her time educating children about Sound Therapy working with elementary schools and within care homes for abused, neglected and orphaned children in the Caribbean.

In solo concert setting, Michelle cultivates unique arrangements of familiar vocal repertoire from The Great American Songbook while accompanying herself instrumentally on Alchemy crystal singing bowls. As a composer, her work has expanded to collaborating with artists of other mediums, notably a premiere at The Ailey Citigroup Theater in NYC where her original music was featured by contemporary dance choreographer Michael Kerr. 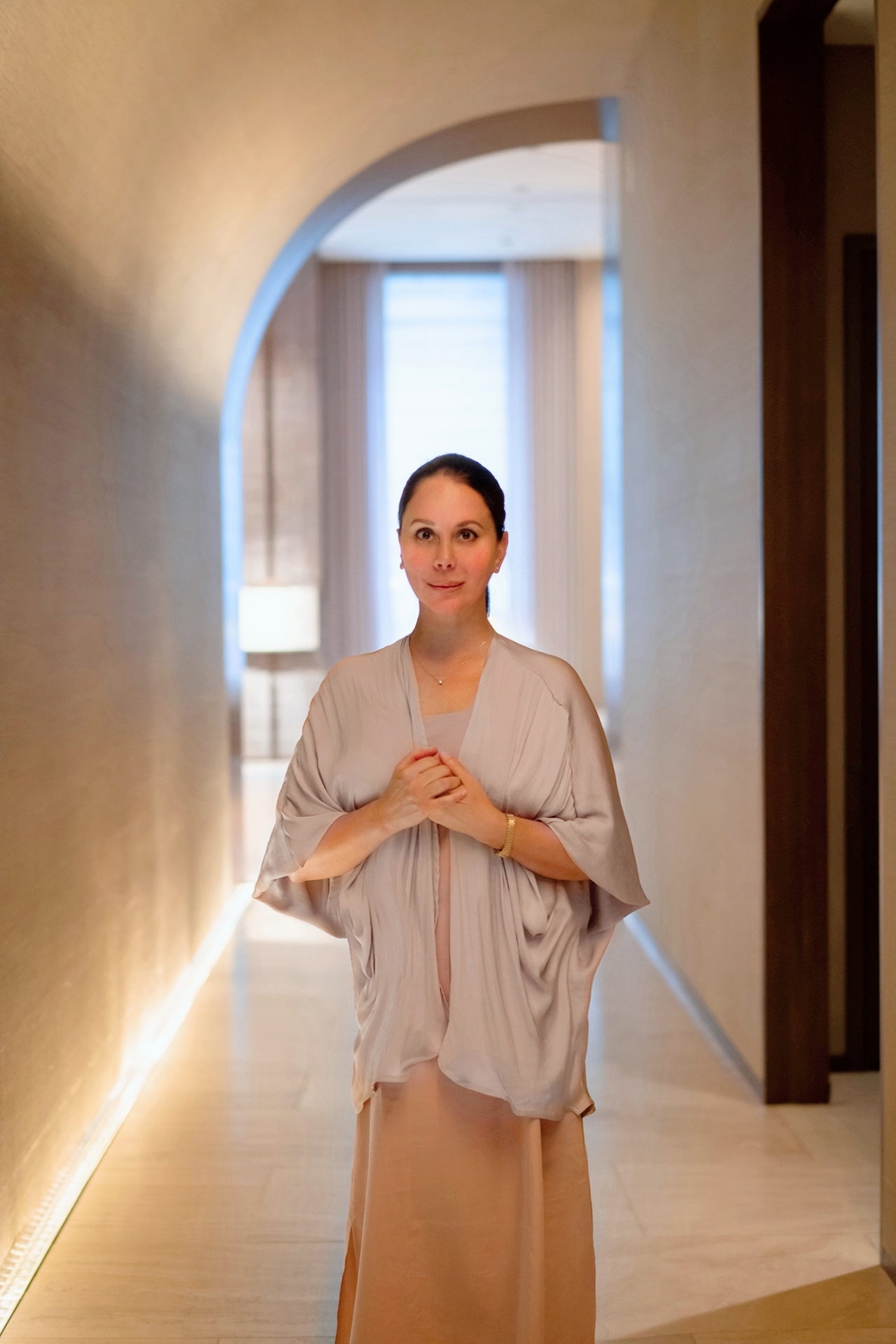 Michelle’s work as a Sound Practitioner began as a very personal quest for solace and self-healing. While navigating the extreme challenges of her Mother’s decline due to early onset Alzheimer’s disease, her path became clear.

In an effort to communicate with her Mother, who had lost the faculty of recognizable speech, Michelle began incorporating the frequencies of specialized instruments as a basis for non-verbal communication. Together as mother and daughter, they began to create a new language clearly understood by the body’s innate wisdom to interpret applied resonance.

“In developing the SONIC LEAP® method, my Mom was my greatest student and teacher. Despite the progression of her disease, there were fascinating discoveries made with remarkable consistency in the results. I learned what worked, and which frequencies were most effective in minimizing her pain.

Using vibration from an ensemble of tuning forks, gongs, hand percussion and my Alchemy singing bowls – I fostered a mode of communication that soothed her fear. Positive changes included an acute awareness of place, an elevated mood and state of relaxation, improved socialization and deeper sleep for her.

Use of this powerful sonic language continued through her transition until the very end. She passed in my arms with me singing and playing my crystal singing bowls to her. This was her “exit music”. It was a beautiful transition full of peace, color and light.

I understand the pain and courage it takes for both the afflicted and their loved ones to be present and face physical or mental decline head-on. I believe that all can deeply benefit from the power of  vibrational immersion through Sonic Alchemy. 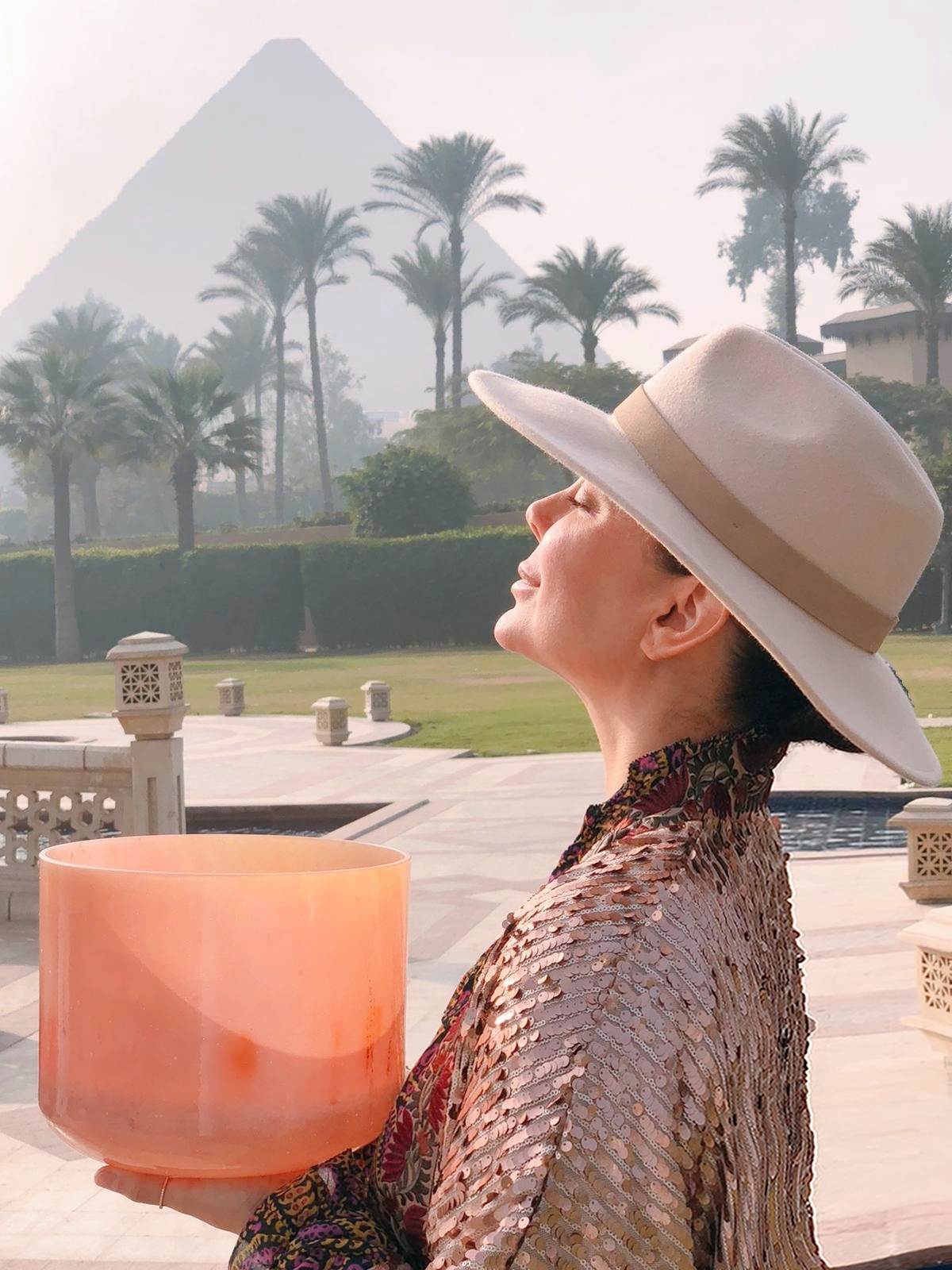 Born and raised in New York, Michelle has lived a multi-faceted life as a performing artist. She grew up a child of the theater making her earliest stage debut in a production of “Noah’s Ark” with James Earl Jones. She trained in classical ballet as a student at Balanchine’s School of American Ballet and at The San Francisco Ballet School. After an injury sidelined her career aspirations as a dancer, she worked as an actor in regional and New York theatre, in voiceover animation and television.

With over a decade of history having recorded and worked as a musician in Manhattan and abroad, Michelle was featured on CBS Television, National Public Radio, Sirius XM and WBGO Jazz Radio. In NYC, she was a staple with her jazz ensemble at the renowned Tavern On The Green “Summertime Swing” series; performed with The Harold Mabern Quartet at The Jazz Standard, Smoke Jazz and Supper Club, Jazz at Kitano and The Rose Center for Air and Space. Michelle was featured by Henry Kapono at The Blue Note and at The Ala Moana Center in Oahu, Hawaii; featured in NYC by KT Sullivan at the Algonquin and by The Mabel Mercer Foundation at The National Arts Club. Michelle appeared with the Valery Ponomarev Group, and the Harvey Diamond Trio in Boston as well as with percussion ensembles in music festivals from Bahia, Brazil to Havana, Cuba. She worked as vocalist and Producer of three albums for the late Tin Pan Alley composer Bernard Bierman – whose songs were recorded by music legends Frank Sinatra, Sarah Vaughan, Billy Eckstine and Jimmy Heath.

Michelle is a union member of The Screen Actor’s Guild/American Federation of Television and Radio Artists; Actors Equity; American Federation of Musicians and is registered as both songwriter and publisher with BMI. She is part of the Young Leadership Council of The Orpheus Chamber Orchestra in New York City. 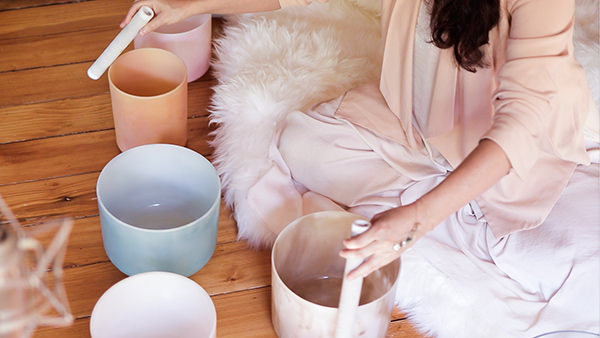 Thank you for subscribing. Please check your email for download details.